Disaster Aid Australia (DAA) is an Australian based humanitarian aid organization established in 2003 as a project of the Rotary Club of Endeavour Hills (D9820 Vic.). What started initially as a small, local project, has gone from strength to strength both nationally and internationally. DAA has an ever-growing number of partners and partnerships. One of these partnerships has been with SkyJuice Foundation. Disaster Aid Australia and now Disaster Aid International (DAI) have adopted a ‘smart aid’ disaster assistance initiative. This new strategy and focus providing safe water has become one of the key elements and goals of DAA.

To date, the partnership between DAA and SkyJuice Foundation has resulted in the installation of over 180 SkyHydrantTM systems in over 8 countries. Their experience over the past 7 years has proven that the units provide a huge improvement in the health of the community, particularly the children.

One of the recent projects where DAI has installed SkyHydrant systems has in the Philippines. News of prolonged fighting between the Armed Forces and the rebels in Marawi City have been reported ever since earlier this year and the worst, and most, affected in the situation is the civilian population. It is reported that more than 84,000 families have been forced to leave their homes.

The Balay Mindanaw Foundation and DAI have been working on the ground since before the beginning of the conflict and the need for the work they do has only increased since the unrest. One of the key areas of aid has been three SkyHydrantTM water filtration systems provided to supply safe drinking water to displaced communities.

The SkyHydrants have been operated by Balay Mindanaw Foundation volunteers and by the end of July this year these systems had provided over 140,000 litres of potable water to more than 1,800 families in thirteen evacuation centres. The work doesn’t stop there. Outside of the scope of disaster aid provided due to the conflict, DAI have donated a total of 45 units of SkyHydrants to Balay Mindanaw. A total of 24 units have already been installed in 19 barangays in Mindanao and Visayas, directly benefitting 6,699 families or approximately 33,495 individuals.

It is partnerships like this that provide the greatest and most successful outcomes for communities in need. SkyJuice Foundation is looking forward to working together with our established partners, like Disaster Aid Australia and Disaster Aid International, while creating new and innovative partnerships to bring sustainable safe water solutions to communities globally.

Photos below are from Balay Mindanaw Foundation Incorporated (BMFI) who were heavily involved in supporting the displaced people of Mindanao at the time of the Marawi Crisis with three Sky Hydrants.  Disaster Aid Australia and BMFI also have an ongoing project of installing Sky Hydrants in Barangays (a barangay, formerly referred to as barrio, is the smallest administrative division in the Philippines and is the native Filipino term for a village, district or ward) 37 hydrants to date have been installed. Below: Disaster Aid Australia Director John O’Reilly visited Mindanao to witness and film an installation of a filter as well as inspect previous installations in May 2017. This girl is a regular user of the SkyHydrant at Barangay Dansolihan. This mother told John that her son suffered ill health prior to the filter installation (installed over 3 years ago) and now has completed studies and has gone on to medical school to study as a doctor. Rotary Clubs can have their ‘own’ filter, here Stevie O’Reilly stands by a hydrant sponsored by the Rotary Club of San Remo Philip Island. 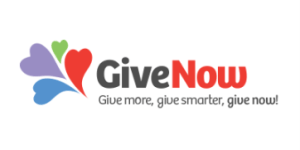 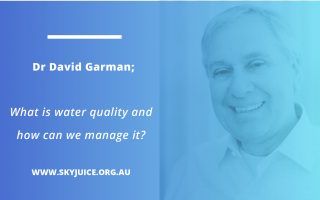